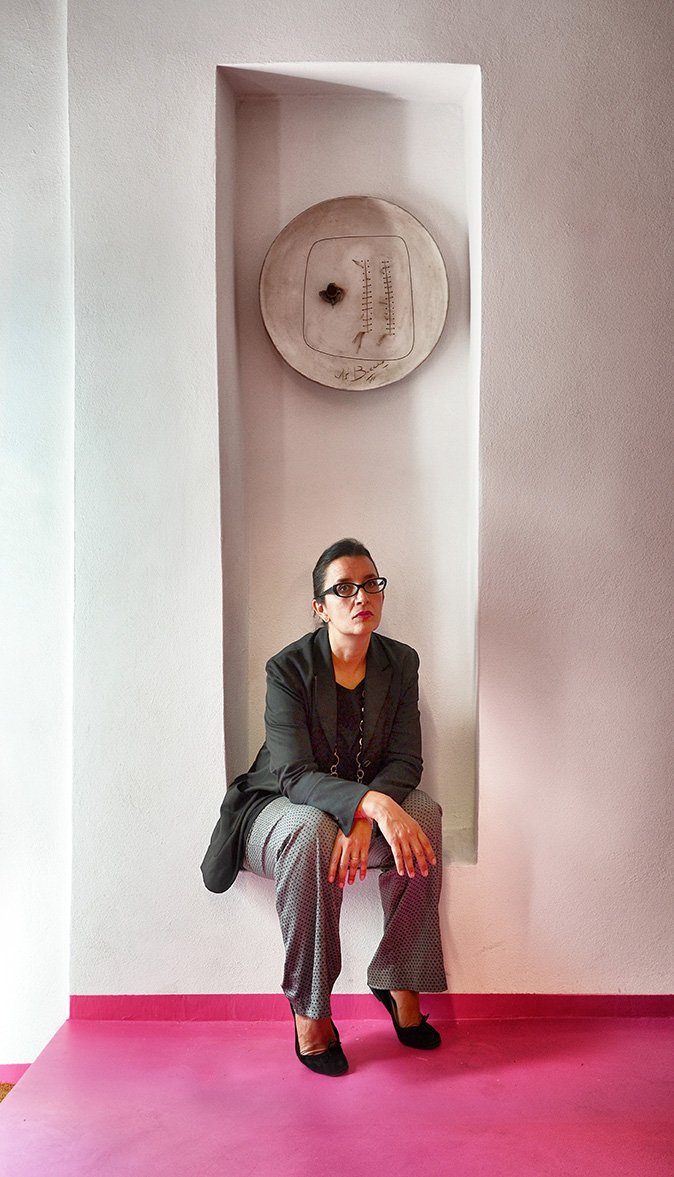 Sylvie has worked for numerous editions of ‘Festival della Scienza’ Science Fair not only in planning the event’s visual identity and image but also in organising the individual exhibitions. She was Art Director and communications consultant for 5+1AA Architecture Studio, overseeing the studio’s image and editorial planning.
In 2008, she founded Neutrostudio, which specializes in design, architecture, graphics, and communication, whose work includes the visual and orientation systems for the Rosignano Marittima Library, full design planning of the Space gallery at the ‘Leonardo da Vinci di Milano’ Science & Technology Museum, the ‘del Lupo’ Visitors Centre in Liguria, the ‘Museo del Passatempo’ Hobby Museum, the ‘Diamante’ Multimedia Acquarium, the Museum ‘dell’Immigrazione Marchigiana nel Mondo’ not to mention the Museum ‘Infini.To’. Furthermore, she has collaborated with the American Museum of Natural History in New York on the exhibition RACE at the Palazzo Ducale in Genova.
She is also a member of the Liguria AIAP directive and also President of Make Space, an association that promotes creativity in the handcrafting sector through research, workshops and courses specifically dealing with creativity in the fields of graphics, illustration and architecture, which are aimed at both adults and children.

Sylvie has been part of the Gianluca Peluffo & Partners team as Communications Manager from August 2017 until January 2018.