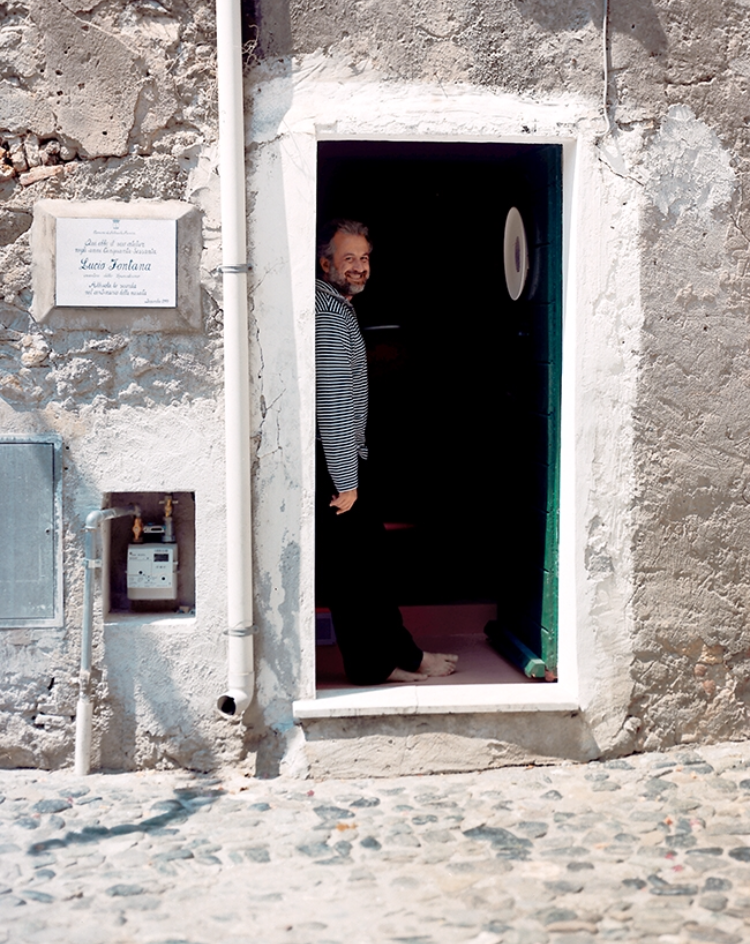 ‘In these days of omnipresent poverty, blind violence and natural or ecological catastrophes, it seems inappropriate, inopportune and even provocative to speak of beauty.
Almost scandalous.
But that’s precisely why, like the opposite of evil,
beauty lies at the antipodes of the world we live in today.’
François Cheng

When he co-founded 5+1 in1995, they first designed the Visitor Centre and Antiquarium in the Forum of Aquileia, the University Campus of Savona, the Wyler Vetta Pavilion in Basel, the headquarters of the Ministry of the Interior in Rome, the Low Emission Building in Savona, the Palazzo del Ghiaccio and the Frigoriferi Milanesi in Milan, the Assago Retail Park, the Villa Sottanis and Exhibition Centre in Casarza Ligure, the Blend Building and the Blend Tower for General Properties in Milan, the Marina Residence in Cotonou (with Peia Associates) and the Fiera Milano business headquarters.

In 2005, he created 5+1AA.  In the same year they won the contract for the ‘Nuovo Palazzo del Cinema’ with Rudy Ricciotti, in Venice.
In 2007, he opened an architectural office in Paris. He developed the Master Plan whose basis would then be used to prepare the Expo in Milan in 2015.
In 2008, he won the contract for the new Fiera Milano Business Headquarters, built in 2010.
In 2009, he won the contract for the redevelopment of the Docks of Marseille and for the Officine Grandi Riparazioni Ferroviarie (OGR) in Turin, where the 150th anniversary celebrations of the Unification of Italy were held.
In 2010, he won the competition to design the Generali SGR residential complex in Milan, and they also built the Toy Museum in Cormano, the ‘Torre Orizzontale’ in Milan, and new residences in San Giuliano di Puglia (Molise) after the 2002 earthquake.
In 2011, he won the Philippe Rotthier European Prize for Architecture.  The prize was awarded for the best combination of urban activity and local integration, for the Frigoriferi Milanesi project.  In the same year, they won the International Chicago Athenaeum Prize for the best global project of 2011 for the ‘Torre Orizzontale’: a new headquarters of the Fiera in Milan.
In 2012, he completed the New Italian Space Agency building in Rome, the redevelopment of the former Metalmetron industrial site ‘Ex Officine’ in Savona and the new integrated project of social housing for Aler, S. Polo Torre ‘Tintoretto’ in Brescia. Furthermore, the team developed a residential project for the city of Evry, in France, in conjunction with Jean-Baptiste Pietri and Christian Biechier; they designed a strategic master plan for the city of Palermo in Sicily; an urban program and sector analysis around the Grand Paris area; a master plan for the ‘Yeni Shenir’ in Istanbul and for the ‘Secteur Étoile’ in Geneva. They won the Award ‘Architetture Rivelate’ with the OGR in Turin and the ‘Trimo Architectural Award” with the project of the Ex Metalmetron Area in Savona.
In 2013, he built the new school complex in Zugliano and the fourth section of the  Ministry of the Interior headquarters in Rome. They won the contract for the regeneration of the former Fitram site in La Spezia and the competition for the urban redevelopment of the Michelet RRG site in Marseille with Carta Associés for Altarea-Cogedim. In the same year, they were entrusted with the conversion of Lots 4 and 9 of the Harbour of Tangiers, Morocco, and with a residential project in Paris, as well as being invited to participate in international competitions in Algeria, Germany and China.
In 2014, he won the renovation contract of the Bank of Italy in Rome, they were entrusted with the project for the new tramway in Istanbul and were invited to the new Ferragamo logistics centre in Florence. In March 2014, the IULM Knowledge Transfer Centre in Milan that he had finalised that year received a special mention in the section of best architectures’ at the AIT Awards ceremony in Frankfurt, Germany. They have recently received invitations to take part in International limited competitions in Algeria, Germany and China. Their Projects currently under construction include the second parcel of ‘CM’ residential and office complex in Brescia, the new Port Authority Headquarters in Savona, the new BNL-Paribas Headquarters in Rome and the redevelopment of the Marseille Docks.
In 2015, he won the contract to develop the master plan in Sokhna ‘Il Monte Galala’ (Egypt) on the Red Sea and finalised works for the redevelopment of the Marseille Docks . They won the competition ‘Dallara Automobili’ for the construction of a training and exhibition center in Varano Melegari, Parma.
He started to work on the master plan and architectural language of the ‘Fouka’ project in Egypt, on the Mediterranean Sea.
In 2016, he worked on the New Town of Al Alamein (Egypt), for the Egyptian Ministry of Housing and New Urban Communities, as a consultant for Architectural and Artistic Visions of the city.
With 5+1AA he concluded the new BNL-Paribas Headquarters in Rome. This year, the Marseilles Docks won the Award for ‘Best shopping center’ at the MIPIM in Cannes. The project also received First Prize in the ‘redevelopment’ category at The Plan International Awards in Venice. IULM 6 in Milan won the International Grand Prix First Prize given by Casalgrande Padana. The Plan International Awards also awarded the  new BNL-BNP Paribas headquarters project in Rome in the ‘office/business’ category.
He won the Cityscape 2016 Award in Dubai for the project ‘Il Monte Galala’.
In 2017, he started works on the site of ‘Il Monte Galala’. He started a project on Social Housing for Disabled people in Caldogno (Vicenza, Italy) and the project on Student Housing in Enna, Sicily. He finalised the State Police Burea Headquarters in Rome and the New Port Authority Headquarters in Savona.
In July, He brought the experience of 5+1AA to an end after 22 years and founded ‘Gianluca Peluffo&Partners’, a studio focused on Architecture, Urbanism and Art, from the ‘navel of the world’: Lucio Fontana’s Studio in Albissola Marina, on the Italian Riviera; the ‘coast of the setting sun’.
In 2003, he was awarded for his research with the Title of ‘Benemerito della Scuola della Cultura ’of the Italian Ministry for Cultural Heritage and Activities.
He is a Researcher at the Faculty of Arts, Tourism and Markets at IULM in Milan, where he examines the themes of relationships between Art and Architecture, Architecture and Cities, the role of Public Architectural works, Beauty as a creation of poetic space, dialogue between differences, the relationship between Architecture, Literature, Poetry and Visual Arts.
Numerous exhibitions have been dedicated to his work: Milan, Rome, Zurich, Paris, London, Casablanca, and many other sites.
He has held hundreds of conferences since 1999, in Italy and abroad (in Berlin, London, Paris, Zurich, Geneve, Marsille, Warsaw, Alger, Cairo, Doha, Choga Zanbil, Dubai).

About his work:
5+1. The Shadow of Ideas | edited by Sebastiano Brandolini, Skira Milano, 2001,