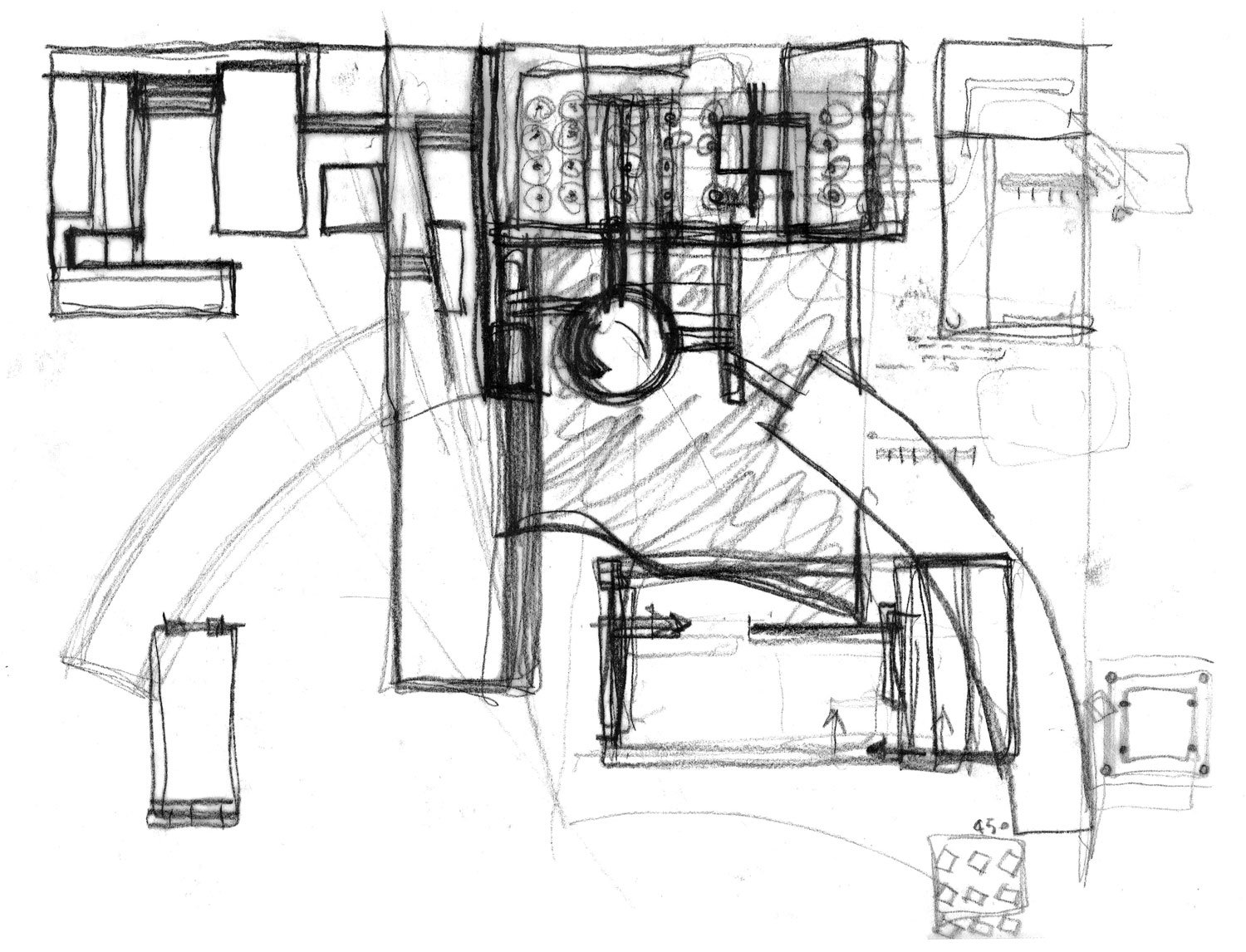 The theme of the project is the search for equilibrium.
A formal equilibrium based on dissociation.
A building formed by different functions, a series of different bodies, needs to be built through a composing process involving the bodies themselves and the interstitial spaces, shaping the circulation system and the connections.
The search for Synthesis, proper to the creative-projecting process, has to face this dilemma
and solve it. Maybe thanks to a metaphor.
The absence of gravity is the metaphor of this project:
a joyful floating which suddenly founds a momentary balance.
It is a dissociated balance, not based on symmetry, nor on weight balancing. It is based on masses suspension, representing a perceiving system of movement and connection.
The black of the buildings, of different materials, but uniform, increases the feeling of not-belonging and the perception of a mysterious balance.
A few unexpected, almost magic elements – such as a series of conic skylights, a path ending in the water, a forest of coloured pillars, inspired by Daniel Buren, the reflecting effect of geometrically perfect but interrupted bodies… – generate a sense of disorientation, increasing the effect of surprise of this complex and paradoxical balance. A building that catalyzes the centripetal power of self-revelation of the landscape through its fragments blacks, existing 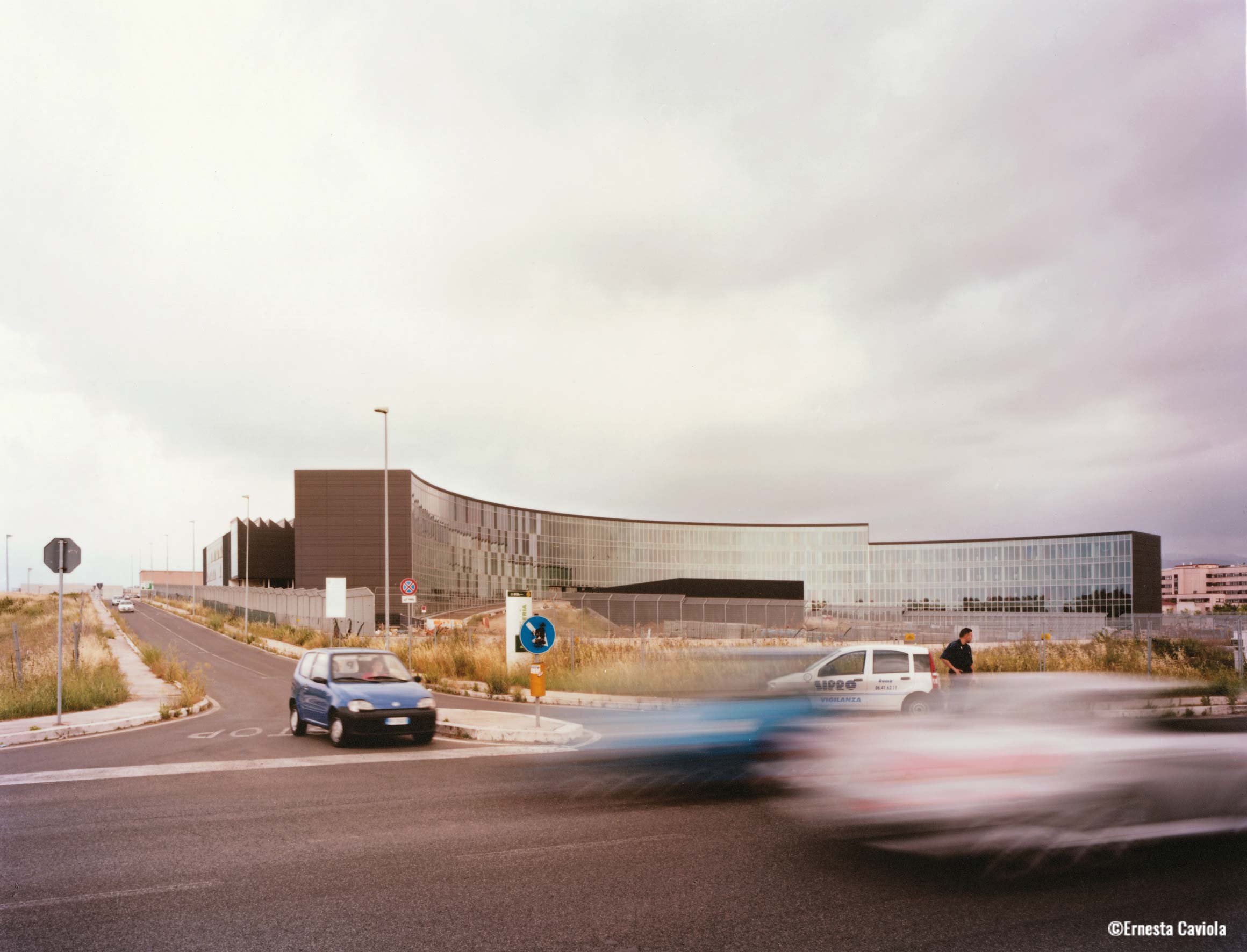